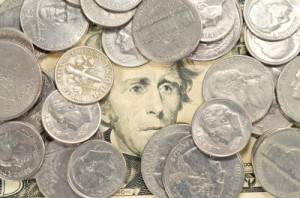 I believe we will see an epic rise, yet again, in Bitcoin’s price very soon.

When I was a younger lad, I would always join my Dad at the local car auction whether it was to help pick out the new family mobile or my first few cars. Growing up in a smaller city, the auto industry was a large part of our local economy and every year I watched the average prices of cars go up and down depending on the season.

This holds true to most markets, but few can relate to anything better than buying or selling a car. March and April are prime time to sell a car because you will make more money on it, but that also means you will be paying more for the new shiny thing you plan to put in the driveway.   Check out this spreadsheet from wisebuyers:

If we look back at 2013, we can see Bitcoin peaking and contracting at exactly the same times as the auto market. Bitcoin saw huge gains from $60 to $266 in March and April, rocketing bitcoin to new all time highs.  And right after this, we saw a natural pull back in the market.

Looking back, our family always had a little extra cash in March and April. It would be natural for yours to as well, as most Americans are getting their tax refunds at this time and the market is flooded with all these freshly printed FRN’s (dollars).  When more dollars are chasing the same cars, prices get bid up noticeable amounts.

In 2013, Bitcoin was really only known about in the Tech industry. Anyone that can do math can see the benefits of the Bitcoin currency immediately, especially over any prior alternatives. And, well.. techs are good at math.

I believe the Spring of 2014 will be even bigger for bitcoin because over the last year it has stayed in the headlines of all forms of news and media, especially after its jump to over $1200 later in the year. Now, more people know about bitcoin than ever before.  In my circle everyone I know has heard of bitcoin, largely because my relentlessness, but I’m definetly not the only one talking about it. Last year only a very few people I knew had heard of bitcoin, far fewer actually being an owner of this magic internet money.

Already this year, some people I know even bought a bit (phun intended), and more will come April.

The rest, well… they will come around eventually..

We are just starting to recover from the sudden news of Mt. Gox withholding their customers withdrawals, which has been ongoing for weeks now. This could sling shot us into new highs as it times perfectly with when tax refunds will start trickling directly into bank accounts across the US.

I’ve already heard people talk about turning their tax refunds into bitcoin, they can’t be the only ones thinking this way.

Even a slow steady rise will get us over more than double the current price, which is hovering around $615 on BTC-e, $625 on BitStamp and $300 on Mt. Gox. But, I think we will see another parabolic rise in the price of bitcoin in late march and early april, perhaps 10x’s over, again.

Lets see how this unfolds… markets are already up ~5% in the last 24 hours.

4 thoughts on “Why Bitcoin will more than Triple, come April”